Dormant Sites Report – How to get to the bottom of the problem?

The Dormant Sites Report is the record of all the engineer’s inspections older than 2 weeks.

This report allows the engineer and the contractor to see which sites have not been going through the normal succession of inspections within the expected period of time, allowing them to investigate and take corrective action.

The reasons for dormant sites can vary: from the builder not having completed the next structure or having failed to inspect it, or the engineering inspector not having updated his inspections from his tablet, which would automatically remove the site from the dormant site table.

We have put together a diagram to show the steps necessary to quickly establish which party in the project needs to act to remedy the situation. 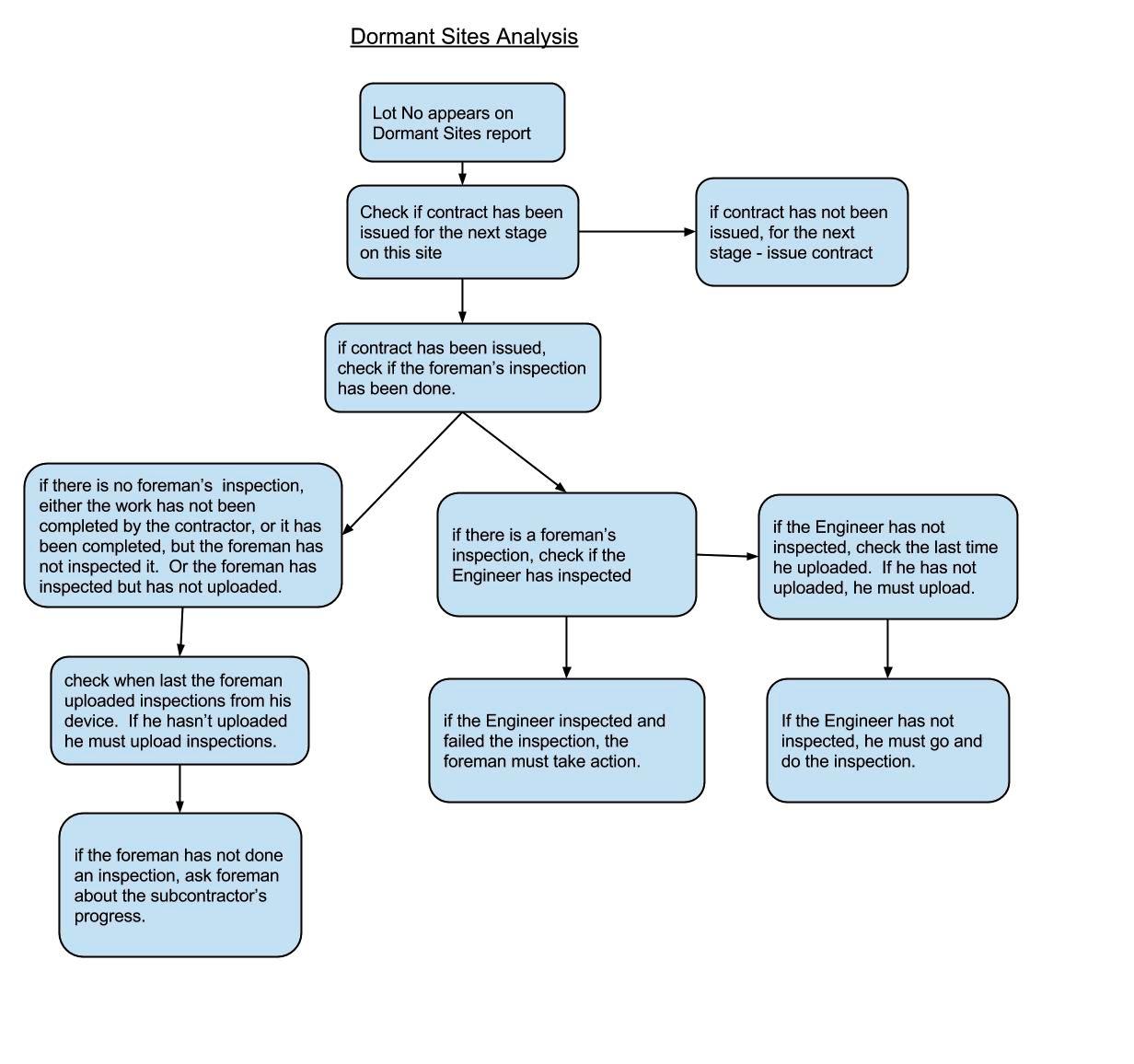 How to tackle Dormant Sites